DAEL Security is pleased to announce that as of January 2020 we have been appointed as an authorized distributor of the innovative technology of the MailSecurTM. Its desktop-sized 3D real-time scanning technology can intercept and detect threats in the mailroom before they ever make it onto the office floor.

Mailroom security may not seem fancy or interesting, but mailrooms are a common gateway into a corporate environment. They’re a huge attack vector for attackers. And despite the increase in security measures, the threat remains topical. The Explosives Clearance Service, for example, recently evacuated a hotel in Amsterdam after the staff raised the alarm for a suspicious envelope. This was the seventh bomb letter incident in The Netherlands in the first week of January 2020. An eighth incident followed one day later.

MailSecur™ quickly detects and confirms the presence of suspicious powders, liquids and metal IEDs in letters, flat envelopes and small packages using advanced millimeter wave technology (mmWave), which is similar to the scanners you find at airport security. This is the safest and easiest to use device available for preventing hoaxes and real threats that elude traditional detection. In addition, its lightweight and portable package is easy to set up and scale across multiple locations.

Various government institutions are now using this product and demand from the public sector is also increasing due to the recent threats.

DAEL Security works with its partner RaySecur ™ to deliver the MailSecur ™. Curious about the possibilities of MailSecur ™ in your company? Please contact Tomas Olivier, tomas.olivier@dael.com. 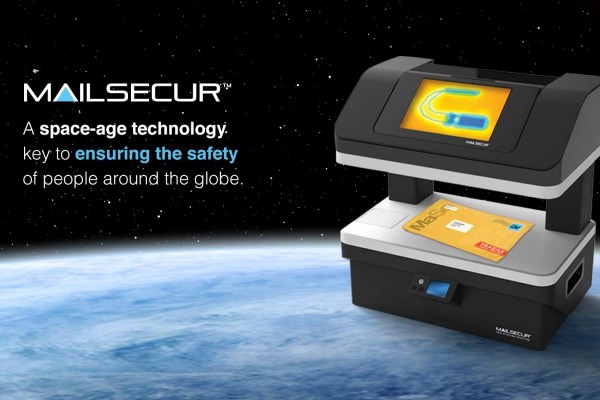